← more from
Soundway Records
Get fresh music recommendations delivered to your inbox every Friday.
We've updated our Terms of Use. You can review the changes here. 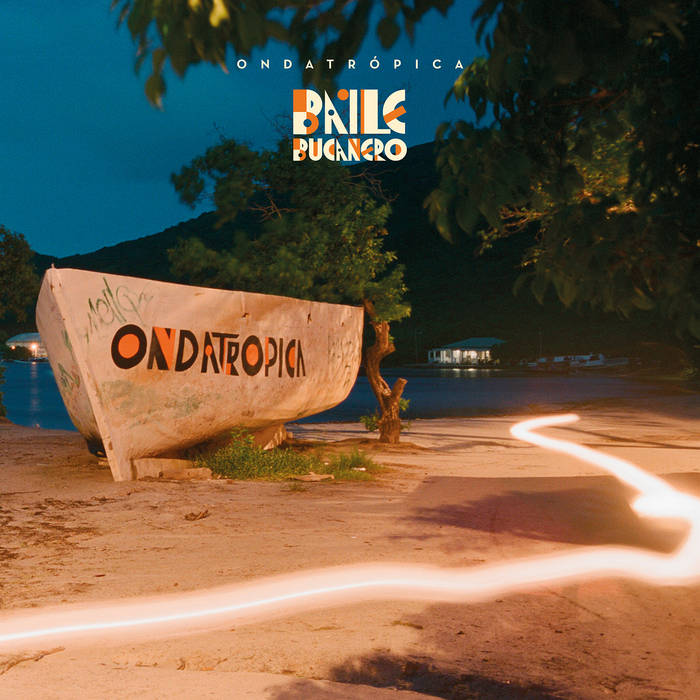 Peter Giebink Absolute masterpiece of an album. The variety of superb musicians and outstanding compositions on this qualify it for endlessly repeated listening sessions.

It was 2011 and we sat at the side of Avenida Roosevelt as mopeds streamed by and the sun blazed overhead. We both clutched black plastic bags split at the corners by used records. This was our first meeting (Mario travelling from Bogota to Cali, where Will was living), which would become a monthly reunion, as the ideas and shared passions which would become Ondatropica began to take shape.

Within a year, a recording was made and tour plans were laid. Ondatropica surpassed our expectations, and through the collaboration of more than 40 musicians and supported by the faith and admiration of thousands of record collectors and fans, a new gold standard of Colombian music was made. Since that meeting, a second record has long been slated - with ideas for compositions bubbling through the years, riffs imagined on the back seats of tour buses and the input of visiting musicians all adding richness and texture to the sound.

The premise of the second album was to record in Bogota and Old Providence Island (Isla de Providencia). Two contrasting locations, but united by their reputation as musically creative hubs - Bogota, with its subversive underground expressing an active, punky, DIY mentality and Providence reinterpreting and updating a Colombian national identity through a proud renaissance of regional folklore coupled with a fervor for dancehall and reggae sounds.

Having focused on a Latin-heavy approach on our first record, the idea of recording in Providence Island was not a random one. Being an Island originally settled by the British and later becoming part of the Colombian republic, the island has a heady mix of African, English and Spanish cultural heritage and is therefore a perfect example of the Caribbean cultural experiment. Rather than separate the stylistic Anglo-, French- and Spanish-Caribbean influences, our goal was to explore the common ground and the ways in which these different styles synthesise.

In October 2015, after recording in Bogotá with local heavyweights, the core of Ondatrópica made the trip to Old Providence where work continued on the album you now hold in your hands. The Midnight Dream Theatre recording studio was our home; bushy rum fuelled the long sessions and let loose the dialogues between Calypso and Gaita, Accordion and Lapsteel, Clave and Mandolin, even synthesizer and a horse’s jaw bone. Between the two locations a total of 35 musicians were recorded, and in true tradition of the Onda style, all came from very different backgrounds, musical styles and age groups. A group of musicians transformed into buccaneers, raising a toast to their treasure: melodies and grooves.

Bandcamp Daily  your guide to the world of Bandcamp

The Hammer and The Relentless from the Boston band Malleus stop by for a chat.